Church of St. Illya with a bell tower

The architectural monument of national importance of XVII century.
1
3 Like
Google Maps
Add to trip

Church of St. Illya with a bell tower

The architectural monument of national importance of XVII century.

This temple was built by the order and at the expense of Bogdan Khmelnitsky. Church had ancestral tomb of the Hetman while was part of the defense system of the local castle. According to historical records, in 1657 in the church the great hetman was buried. In the ХІХ century near the church bell tower was built.

Along the Dnieper Down to the Centre of Ukraine, 3d/2n 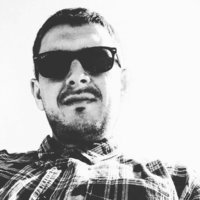 Church of St. Peter and Paul

Residence of B. Khmelnytskyi historical and architectural complex

Museum named after B. Khmelnitskiy

Our Lady of Kazan’s Church, Chyhyryn

The oak of Maksym Zaliznyak

The oak of Maksym Zaliznyak