Architectural and landscape monument of regional importance, occupies 89 hectares of land. Its complex includes a castle, the area of ​​deciduous park on the left bank of the river Konelky and pine part of the park on the right bank, dam of the pond, "island of love", garden and arable land.
3
6 Like
Google Maps
Add to trip

Architectural and landscape monument of regional importance, occupies 89 hectares of land. Its complex includes a castle, the area of ​​deciduous park on the left bank of the river Konelky and pine part of the park on the right bank, dam of the pond, "island of love", garden and arable land.

The creators of this beautiful manor were 4 generations of Polish landowners Dakhovskiys' who owned Leskoviy and surrounding villages from 1770's to 1917s.

Construction of the castle began in 1860 after the abolition of serfdom. two-storeyed palace of type castle was built. It had square and round towers with three floors with teeth, 2 entrances (front and farm), on the first floor balcony with an open platform and railings. Around the palace-castle there was planted a park with rare hardwood trees, and on the right bank - from conifers. The castle and leafy park was surrounded by a brick wall of the height of 1,5-3 meters. Later, blocking the river by the dam, the pond was made with the area of ​​almost 20 hectares. In the late 1880s the rightful owner of all possessions became (1589 ha) Tadeusz Dahovskyy who had fulfilled his intention to transform the estate and the palace in an amazing architectural ensemble. To the existing palace a new part was added, but already with new trends in European architecture. The two parts of the building, two styles merged so well that, not being a connoisseur of architecture, one perceives this building as a whole. This is called "Leskivskiy miracle." The size is almost half of the old palace, three storeyed, with rectangular windows and doors and other details. The unity to the complex add 6-sided towers in the corners of the completion with the same teeth as in the old palace, but solid masonry. Teeth are made around the perimeter of completion, built-in wall vases and other decorative details. The main difference - rectangular shape and water (a battery) heating. The entire palace complex became a two-storeyed. The first - with 8 rooms, salons, cabinets, rooms for guests. It had also a front balcony next round tower with an open platform and stairs to the park. On the same floor there is the entrance to the basement and economic household. The second floor housed 9 living rooms and a bathroom with a balcony. The third floor also had 8 rooms. In the old building there was heating stove with indoor and outdoor fireplaces and flues in the tooth, in the new ones- battery-heating, where tubes and batteries were mounted in the wall. Square and round towers also had room on top - viewing platforms, which were winding staircase. The main entrance to the castle was in the square tower, which had the emblem of Dakhovskiys', there was a flagpole with a flag. In front of the castle there was laid out a rose garden with a fountain in the center. Water was from the well in underground trenches. The third part of the estate Tadeusz had by a stud farm, which included 100 British horses, mother horses and maternity ward. In the estate there was Foyer track, racetrack, winter riding. Jockeys, grooms recruited from local farmers. Leskivskiy stud horses were in great demand in Europe and Russia, and the landlord himself together with his six jockeys constantly took part in the race and has frequently been the winner.

Over time, the castle and manor house used as a resort and in summer as a summer camp. After protests of peasants it was given to military department for treatment of retired officers with neuro-psychiatric diseases. In 1970, there was placed the property of a field hospital. During this time, two-storeyed administrative building was built, in the former stables there was built a second floor and apartments were placed, other rooms were occupied by technical means of the hospital. The halls of the castle turned into warehouses for drugs. Alleys, sidewalks, wharf for boats, bridge leading to the island disappeared. In 2003 the property of the hospital was taken out, but paramilitary guard is left, the house and the castle is now owned by the Ministry of Defense of Ukraine. 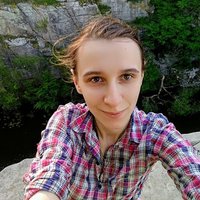 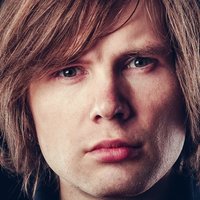