The Five-Dome Preobrazhenskiy Cathedral is one of the oldest stone buildings of Slobozhanshchyna.
1
Like
Google Maps
Add to trip

Holy Preobrazhenskiy Cathedral – one of the oldest stone buildings not only of the city, but also in Slobozhanshchyna, which has survived to the present day from the Cossack times. The temple was built at the expense of colonels G. Donets-Zakharzhevsky and F. Shidlovsky. The cathedral was built in 1684 in the style of the Ukrainian Baroque by the master of arts, who later built the Pokrovsky Cathedral in Kharkiv, built temples in Nizhyn and Baturyn. For a long time in the Preobrazhensky Cathedral there were awards and trophies of the Izyum Sloboda Cossack Regiment. 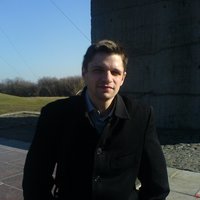 Holy Source "Kirichenkiv Peak", a church in honor of Peschansky Miraculous Icon of the Mother of God